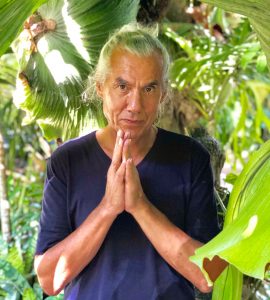 Boston born Alan Clements, after dropping out of the University of Virginia in his second year, went to the East and become one of the first Westerners to ordain as a Buddhist monk in Myanmar (formerly known as Burma), where he lived at the Mahasi Sasana Yeiktha (MSY) Mindfulness Meditation Centre Yangon (formerly Rangoon) for nearly five years, training in both the practice and teaching of Satipatthana Vipassana (insight) meditation and Buddhist psychology (Abhidhamma), under the guidance of his preceptor the Venerable Mahasi Sayadaw, and his successor Sayadaw U Pandita.

In 1984, forced to leave the monastery by Burma’s military authorities, with no reason given, Clements returned to the West and through invitation, lectured widely on the “wisdom of mindfulness,” in addition to leading numerous mindfulness-based meditation retreats and trainings throughout the US, Australia, and Canada, including assisting a three month mindfulness teacher training with Sayadaw U Pandita, at the Insight Meditation Society (IMS), in Massachusetts.

In 1988, he integrated into his classical Buddhist training a political awareness that included global human rights, environmental sanity, democracy and the preciousness of everyday freedom. His efforts working on behalf of oppressed peoples led a former director of Amnesty International to call Alan “one of the most important and compelling voices of our times.”

As an investigative journalist Alan has lived in some of the most highly volatile areas of the world. In the jungles of Burma, in 1990, he was one of the first eye-witnesses to document the mass oppression of ethnic minorities by Burma’s military, which resulted in his first book, “Burma: The Next Killing Fields?” (with a foreword by the Dalai Lama).

Shortly thereafter, Alan was invited to the former-Yugoslavia by a senior officer for the United Nations, where, based in Zagreb during the final year of the war, he wrote the film “Burning” while consulting with NGO’s and the United Nation’s on the “vital role of consciousness in understanding human rights, freedom, and peace.”

In 1995, a French publisher asked Alan to attempt reentering Burma for the purpose of meeting Aung San Suu Kyi, the leader of her country’s pro-democracy movement and the recipient of the Nobel Peace laureate in 1991. Just released after six years of incarceration, Alan invited Aung San Suu Kyi to tell her courageous story to the world, thus illuminating the philosophical and spiritual underpinnings of Burma’s nonviolent struggle for freedom, known as a “revolution of the  spirit.”

The transcripts of their six months of conversations were smuggled out of the country and became the book “The Voice of Hope.” Translated into numerous languages, The Voice of Hope offers insight into the nature totalitarianism, freedom and nonviolent revolution. Said the London Observer: “Clements is the perfect interlocutor….whatever the future of Burma, a possible future for politics itself is illuminated by these conversations.”

Clements is also the co-author with Leslie Kean and a contributing photographer to “Burma’s Revolution of the Spirit” Aperture, NY) – a large format photographic tribute to Burma’s nonviolent struggle for democracy, with a foreword by the Dalai Lama and essays by eight Nobel Peace laureates. In addition, Clements was the script revisionist and principle adviser for Beyond Rangoon (Castle Rock Entertainment), a feature film depicting Burma’s struggle for freedom, directed by John Boorman.

In 1999, Alan founded World Dharma, a nonsectarian, multicultural organization of self-styled seekers, artists, writers, scholars, journalists, and activists dedicated to a trans-religious, independent approach to personal and planetary transformation through the integration of global human rights, meditation and the experiential study of consciousness, with one’s life expression through the arts, media, activism, and service.

In 2002 Alan wrote “Instinct for Freedom – Finding Liberation Through Living” (World Dharma Publications), a spiritual memoir about his years in Burma and chronicles his pursuit of truth and freedom, while illuminating the framework of the World Dharma vision that also forms the Courses offered through the World Dharma Online Institute (WDOI) that he co-founded with his colleague, Jeannine Davies Ph.D.

Instinct for Freedom was nominated for the best spiritual teaching/ memoir by the National Spiritual Booksellers Association in 2003 and has been translated into a numerous languages.

Alan’s two most recent books, “Wisdom the for the World – The Requites or Reconciliation: Alan Clements in Conversation with the late Mindfulness Meditation Master, the Venerable Sayadaw U Pandita of Burma,” and “A Future to Believe In – 108 Reflections on the Art and Activism of Freedom,” inspired by and dedicated to his daughter Sahra, has received distinguished praise from numerous leaders and activists, including Dr. Helen Caldicott, Joanna Macy, Dr. Vandana Shiva, Bill McKibben, Paul Hawkin, and Derrick Jensen (the environmental poet laureate) who wrote:

“This culture is killing the planet. If we are to have any future at all, we must unlearn everything the culture has taught us and begin to listen to the planet, to listen to life – the core intelligence of nature and the human heart. This book not only helps us with the unlearning process – the greatest challenge humankind has ever faced – it provides the essential wisdom, the spiritual intelligence, to open ourselves to finally start to hear.”Derrick Jensen

In addition, Alan has presented to such organizations as Mikhail Gorbachev’s State of The World Forum, The Soros Foundation, United Nations Association of San Francisco, the universities of California, Toronto, Sydney, and many others, including a keynote address at the John Ford Theater for Amnesty International’s 30th year anniversary. More recently, Alan was a presented at the Touche Global Consciousness Conference 2019 Bali, Indonesia. He also organizes and co-leads with a Senior Teaching Monk, along with Dr Ingrid Jordt and Dr Jeannine Davies, an annual International Wisdom of Mindfulness Retreat for English speaking participants at the Mahasi Meditation Center Yangon, where he trained as a Buddhist monk in Burma (Myanmar). 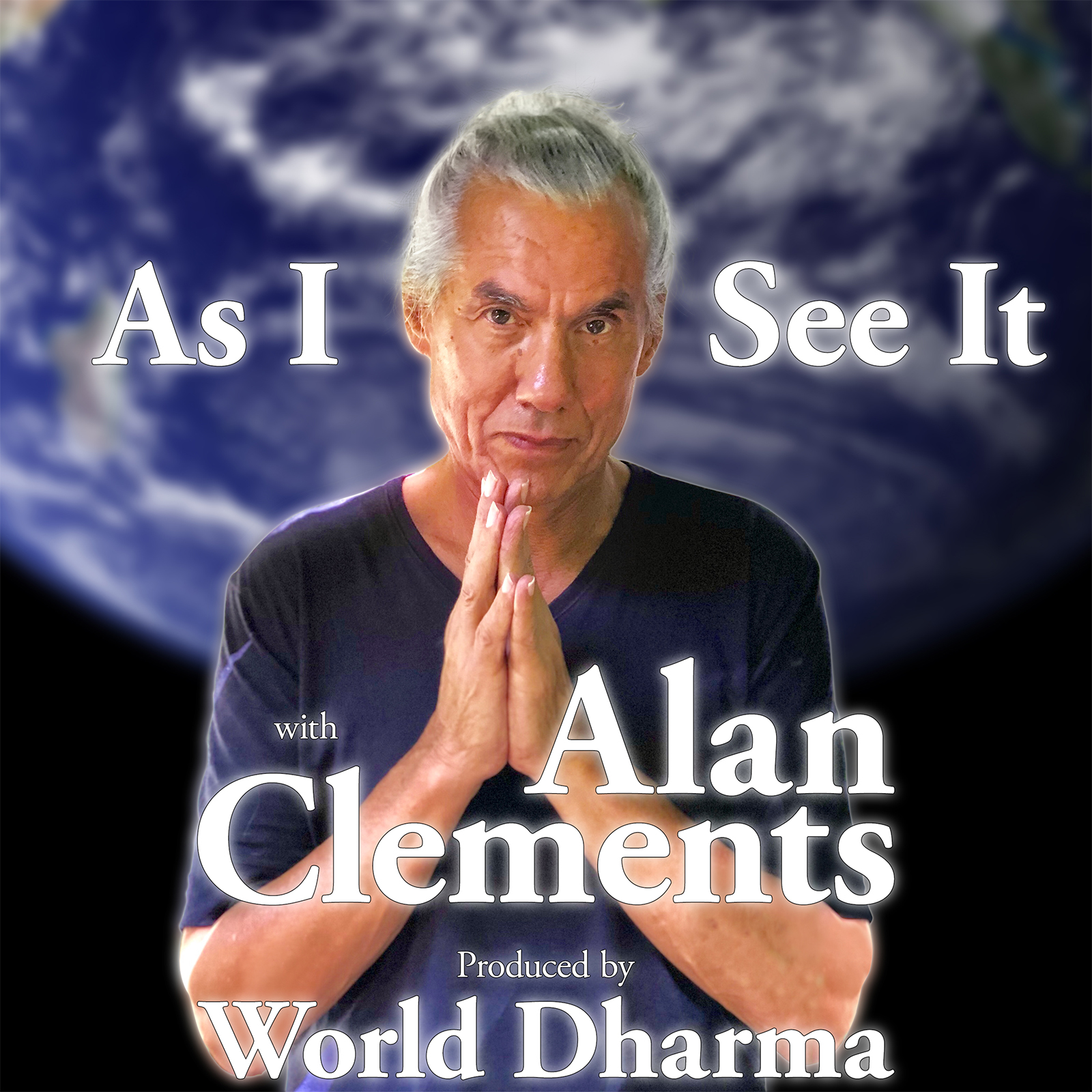 As I See It, recent podcast episode!

#3-Advice to a Lover, Advice to Myself Part II